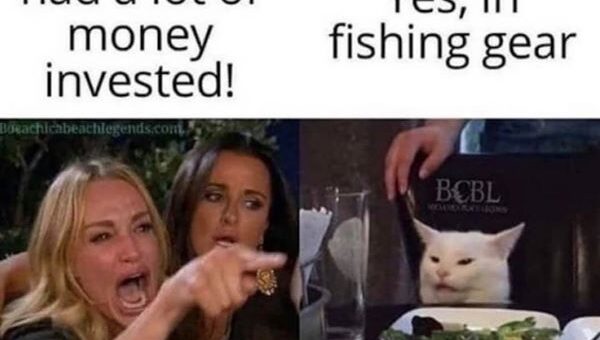 Anyone with half a brain knew that once businesses opened up again and people started to congregate more that there would be an up tick in Covid 19 cases. We just didn’t know how much of an up tick. Some states got hit hard while others had basically no change.

Hawaii has had a 14 day quarantine for new arrivals to the state and that was due to be lifted for Covid ‘pre-testers’ on August 1st. My August fishing calendar schedule was filling up but as the Covid up tick happened, the Governor of Hawaii freaked out and moved the pre-testing date to September 1st. My fishing schedule quickly went to 0. With what he just did, anyone can now realize that even the September 1st date might get changed. We’re in “wait and see” limbo.

Summer time is fishing tournament time in Kona and we were shocked when the Hawaii Marlin Tournament Series decided to go ahead with the several tournaments that they do each year. There were 3 tournaments in July. 4 more scheduled for August and the last one scheduled in September. While not many boats participated this month, there were enough teams to make it worth their while. Some of the boats here are owned by very rich people so putting out several thousand dollars for a tournament and boat expenses is just pocket change. I’m definitely not in that category.

Hawaii’s main employment engine is tourism and with so few tourists willing to do a 14 day quarantine, the state of Hawaii ranks #8 out of 51 (don’t forget D.C.) for the most unemployment per capita. Many of the tourist shops in Kona along the waterfront in town have closed permanently. There are a lot of empty store fronts. The place where my wife worked is among them.

For those thinking that I can just go fishing and sell my catch to make some money, think again. Even when there was a good market for fresh fish, the expense of running a luxury charter fishing boat costs a lot more on average than you can make selling fish. The most common commercial fishermen use small tailored boats and even those guys have a hard time covering their expenses. Maybe it’s time to try a kayak?