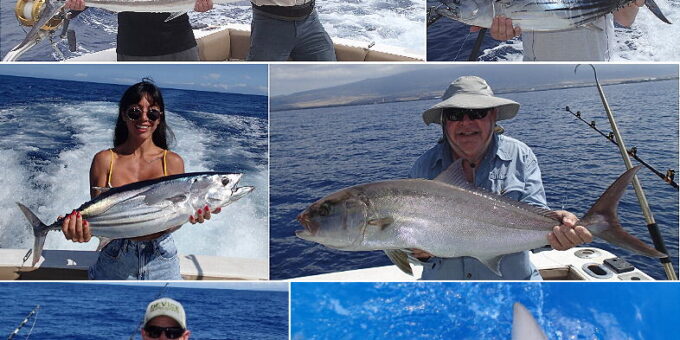 So I have good news and bad news for all of Hawaii’s fishermen. The good news is that the FAD’s are going back in. Here in Kona we already got all of our FAD’s back except F buoy. I saw the picture taken on the work boat when it was on it’s way to Kona with all of the FAD’s on board and F buoy was on there too. Something must have gone wrong with the deployment because it’s not back in. Too bad, that one was always my favorite. Now the bad news. They won’t be around for long.

The fishermen have been complaining for some time now that the FAD’s are breaking off in less than a year and hardly ever stay around more than two years. Fishermen were blaming each other for the break offs but the real cause was a change in the materials used to anchor the FAD’s to the bottom. So the new FAD’s are in but with the inferior materials again. This problem is supposed to be fixed in future deployments.

Tourism should have picked up in October but with our Governor publicly telling people not to come, some people took that advise so it was a slow tourist month. There are some marlin around but not much for fishing effort. It’s not spearfish season but there were a few around. Ahi season is over but this is the time of year that the bigeye tuna show up around the FAD’s. The only problem is, the FAD’s are new and it usually takes a few months of marine growth on the FAD’s to get them going. There has been some otaru tunas around and aku on the ledges.

There’s some mahi mahi around and November is usually the peak month for the fall mahi mahi run. We get two runs a year, a spring run and a fall run. The fall run usually has bigger ones than the spring run. I tried for some ono again this month but no bites. I’ve heard that same story from a few other captains. There’s always that off season chance that some come back in.

The bottom fishing has returned to more of a variety catch once again. There’s still oceanic blacktips around but not as many. I’m now able to catch amberjacks, almaco jacks, sandbar sharks and Galapagos sharks again. The giant trevally should start showing up any time now. They seem to be running a little late this year. I lost a few catches to sharks this month but when they take the whole fish, I can’t be sure what it was that they ate. While most fishermen hate sharks with a passion, I never get tired of the thrill of catching them.

See ‘ya on the water ,
Capt. Jeff Rogers ,
http://FISHinKONA.com